It is difficult to know where to start when there were so many good performances in Corby on Saturday. Everyone did well.

The under 11 boys’ and girls’ teams won the event again!! They now lead the competition, the boys by 51 points. Congratulations to them. The under 13 boys’ team finished 3rd and the girls an excellent 4th in a very good quality race. 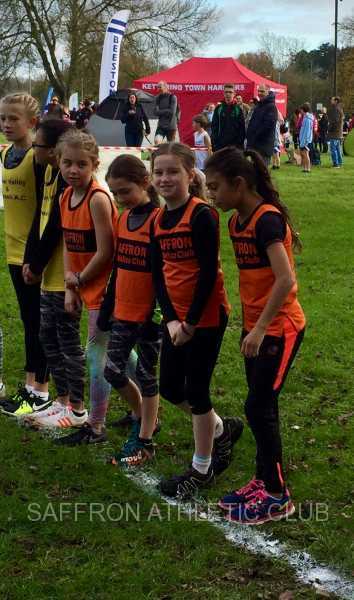 The under 11 Girls got the day off to a brilliant start. It was a magnificent individual and team effort. Amy Aldridge finished 4th and is now 3rd overall in the competition. Mya Acharya was 7th and is running consistently well (8th in the first race). Myah Seager finished 17th which was greatly to her credit as she ran with a very painful ankle. Her determination to finish was a great example for everyone. Brooke Traynor completed the team in 25th, improving 9 places on her last run. We thought things could not get better. 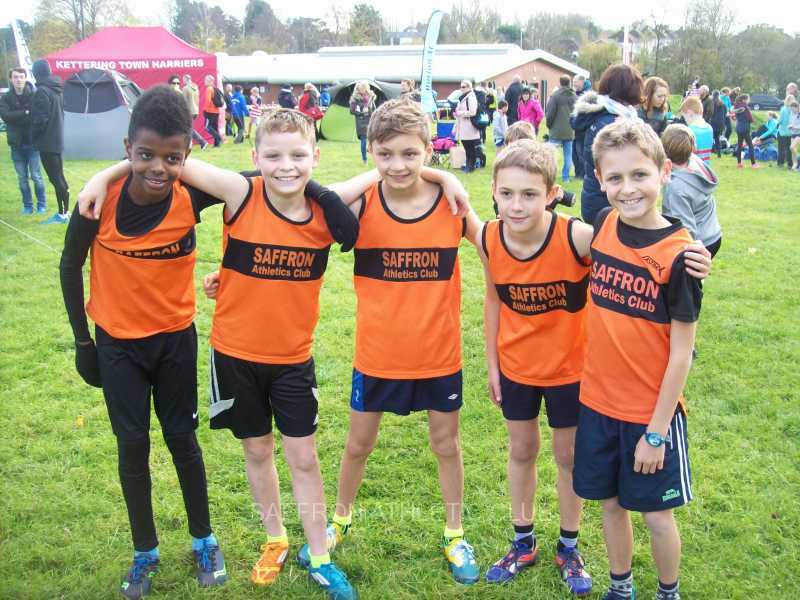 The Under 11 Boys’ results speak for themselves. The introduction of Eammon Jille to the squad added a real spark to the team competition. Eammon was an excellent second. Ryan Butler (4th) and Robert Wardlow (5th) continued their good performance for the club. Ryan is now leading the overall competition and Robert is 3rd overall. Sam Tansey’s consistency is impressive. He was 9th (7th at Derby). Cahan Frost finished well at 27th and Josh Pegg improved 10 places on the first race to finish 34th. What a team!

The Under 13 Boys finished 3rd on the day.  Ash Butler was 4th, improving 8 places on the first race. Sam Wright improved his placing too with an excellent 8th. Danny-Ray Murdey improved 18 places to finish 20th, Dylan Izzet improved his placing to 22 and they were all well supported by Kai Bolsover who finished 41st. If there is a theme coming through from all these results so far it is of individual effort, great support for the team and a determination to improve!

The under 13th girls, almost running in the dark, added consistency to those qualities. McKenzie Smith-Byrne (17th), Flo Hagger (19th) and Eve Rowley (22nd) finished a very creditable 4th in the team competition. Flo is 15th overall in the two races so far.

All those young athletes should be very proud of themselves. It was lovely to see them do so well together. The next event is at Shipley Park in Heanor on December 2nd. Details to follow next week.